A Keystone in Canada’s Foundation

Growing with Canada Since 1909

While the concept of suretyship dates back more than 2,000 years to ancient Babylon, the surety industry in North America really began in the late 19th and early 20th century. It was during these early years that the business which would become today’s Western Surety was established.

In 1909, Walter Hill was a general agent and appointed attorney for the United States Guarantee and Fidelity Company. With the entrepreneurial spirit that characterized both the times and the man, he decided he would form an insurance company.

Hill’s company was founded in 1909 under the name Saskatchewan Guarantee and Fidelity Company Limited. Initial financing came from the sale of 5,000 shares at $5.00 each. Shareholders included agents, contractors, lawyers and friends and associates of Mr. Hill and his partners.

From the Roaring Twenties to the Dirty Thirties

The company grew with the province through the 1920’s, especially after Walter Hill recruited Nate Andre from the United States Fidelity and Guarantee Company of Minneapolis. Andre became a leader in both the western Canadian surety industry and in his community. Under his guidance, Hill’s company established the reputation as “The Bond People” it still enjoys today.

The 1930’s were difficult times in every part of Canada. In the west, the combination of the national economic collapse and the drought that cost agriculture so dearly made the decade especially difficult. Even in these tough times, however, the company faired better than most, generating dividends on a regular basis.

The strength of the company and its exclusive focus on the surety industry cemented relationships with clients large and small, including some firms that are still thriving – and that still do business with Western Surety today.

Through War Years to Boom Times

The 1940’s were a time of conflict, sacrifice and change. The demand for construction of airports and barracks reenergized the construction industry. The resulting activity created increased demand for the surety services the Saskatchewan Guarantee and Fidelity Company had become so adept at providing. The company was up to the challenge, despite constant difficulties in finding staff with so many men and women in uniform.

Employees and the Hill family all made contributions to the war effort far beyond the company’s role in supporting military construction projects. Walter Hill organized the Regina District of the War Finance Office. His son Fred Hill served in distinction with the U.S. Army Air Force.

At the end of the war, the company was finally able to find the key people it had needed so desperately – and which it would need for the boom that would follow the war. The company also ushered in the next generation of senior leadership as Fred Hill joined the firm following his post graduate studies at the Harvard School of Business.

The late 1940’s and the 1950’s were a time of tremendous growth and prosperity for Canada. In Saskatchewan too, times were good and business was growing. Yet this was also the time when “The Bond People” would face a head-on, significant challenge that might well have meant the end of the company.

That challenge would come not from a business competitor, but from the government of the province of Saskatchewan. 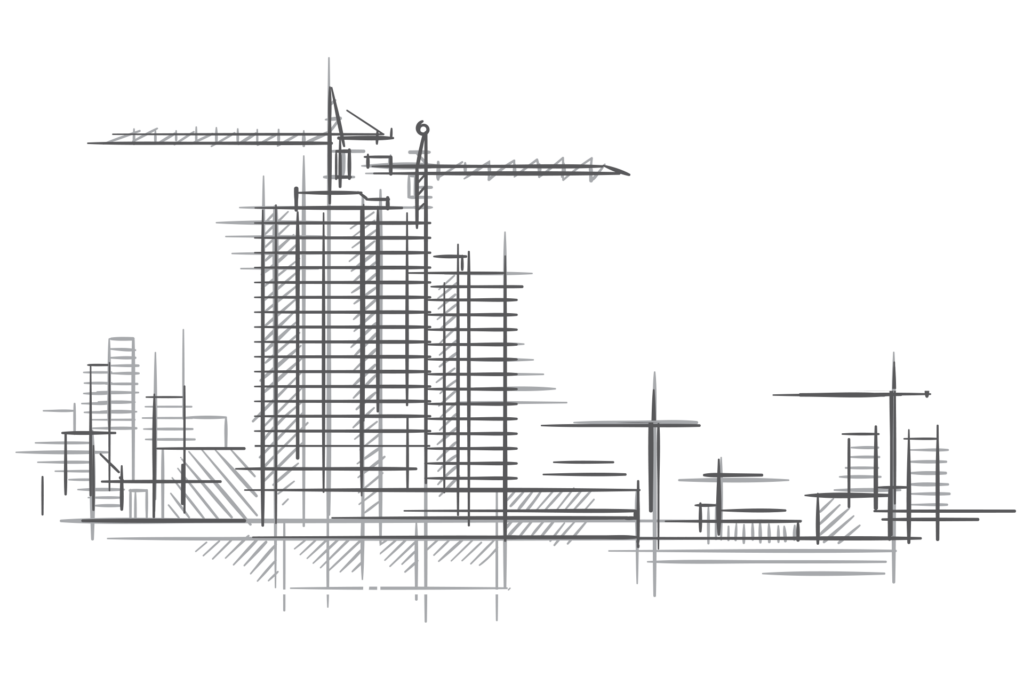 When the CCF government of Tommy Douglas took office in 1944, they made no secret of their desire to move into the insurance field. After the newly created Saskatchewan Government Insurance Office (SGI) took over all automobile insurance in 1945, the government made it mandatory for all institutions and bodies that received provincial government grants to insure their properties through the crown corporation.

Though SGI also tried to attract bond business, their lack of expertise meant limited success. To get into the surety field, a plan was developed by the government to buy the Hills’ company.

In late 1949, the government arranged to make an anonymous offer of $50.00 per share through a third party. Fred and Walter Hill felt the company was worth much more to them and quickly arranged financing to support a counteroffer in excess of $60 per share.

The Hills’ first offer prompted two responses from the government. The first was to up their initial offer just under $70.00 per share. The second was to pass a message to the Hills through the chair of the company’s shareholder committee. The message was “… if that young Hill doesn’t stop negotiating with the guaranty company shareholders, the government will expropriate the company buy order-in-council.”

While it looked like the trump card had been played, the government move actually set the wheels in motion that would create Western Surety as a national enterprise which would expand far beyond the borders of its home province.

Though the province acquired the shares of the Saskatchewan Guarantee and Fidelity Company, the Hills and their staff were not about to give up the fight.

The first step was to assert that the current business in the firm actually belonged to McCallum Hill and Company. Through what was described by a former president as “… a mix of careful negotiation and outright bluff”, Fred Hill succeeded in getting the manager of the Saskatchewan Government Insurance Office to agree that the business on the books at the time of sale should transfer to a new company. That new entity, which was incorporated to do business in Saskatchewan and Alberta, was named the Western Surety Company.

The newly-formed firm was in a strong position to capitalize on the reputation as “The Bond People” that had been built over the preceding four decades.

Western Surety expanded in Alberta by forging alliances with leading brokers in the market, allowing both parties to capitalize on the oil exploration of the 1950’s that culminated in the oil boom that continues today.

Those connections continued to pay dividends for the company as it expanded into other markets. 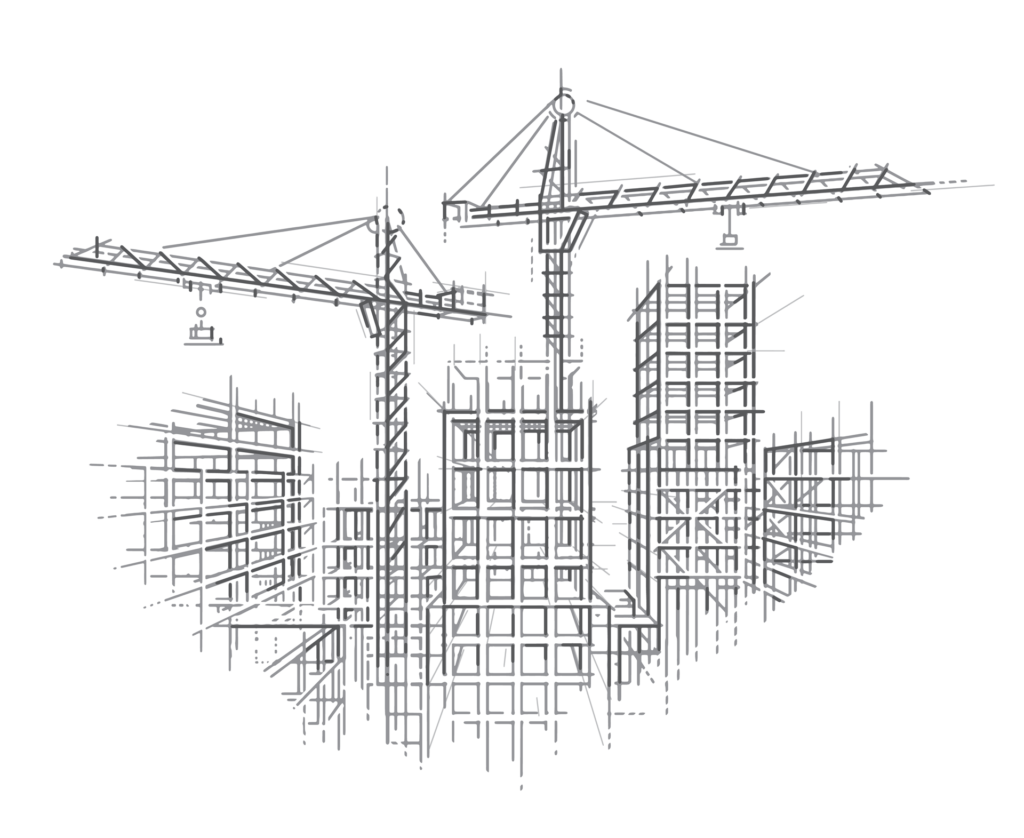 Lord Poole, Welsh Ponies and the Duke of Windsor

By 1960, Western Surety had entered into reinsurance agreements with a number of international firms to support its growing oil-related business. One British reinsurance firm, once owned and still managed by Lord Oliver Poole, also provided insurance for the expensive Hereford cattle that were shipped to various shows and fairs in Canada. When these animals were sold, the British firm had no Canadian agent to carry coverage over to the new owners.

The location of that meeting was the Duke of Windsor’s ranch at High River Alberta, where the former British monarch and Lord Poole were involved in a plan to raise Welsh ponies in the Alberta foothills.

While there is no record of the fate of the pony-raising scheme, the meeting was the starting point for plans that led to the creation of Western Surety as the national entity it is today.

The ability to do business nationally was necessary to take full advantage of Western Surety’s growing international connections and broadening market. Not long after Western Surety was established as a national company through an act of Parliament in 1961, a chance meeting in Calgary would ultimately establish the company in Toronto and ultimately Ontario.

In 1961, Western Surety President Lionel Ray was booked into the Palliser Hotel on business. Another guest was Bill Wray of Toronto, also in the surety business. When Lionel Ray was given a telephone message intended for Bill Wray, the two men met and became good friends.

When Bill Wray went to work for a leading Toronto insurance broker, he discovered that his new employer was less than satisfied with their current surety provider. Wray had no hesitation in recommending his friend at Western Surety and the connection was established. Almost immediately, Western Surety was providing surety for significant Ontario projects, including municipal services in new Toronto subdivisions.

A mix-up in a Calgary hotel led to an enduring relationship that saw Western Surety involved in many prominent projects and providing surety for numerous leading Canadian construction firms, as well as international firms involved in Canadian developments.

Then as now, Western Surety followed the same philosophy – relationships are always the key to success.

It’s Always About the People

Today, Western Surety is one of the longest-established and most respected names in the surety industry.

Western Surety is the only company in Canada that is exclusively devoted to surety. We operate from coast to coast to coast, with clients in every Canadian province and the territories as well.

In 2001, Western Surety opened it’s first-ever branch office to meet rapidly-growing demand in Eastern Canada. Located in Halifax, the Atlantic Branch provides presence and accessibility for brokers and their clients throughout the region.

The company capped its 100th Year celebration in 2009 with the opening of an office in Toronto serving a clientele it has built up during more than 40 years serving the Central Canada market.

The company founders could not have imagined the world that Western Surety does business in today, just as we can’t know what the world will be like in another 100 years. Yet one thing is certain – the same entrepreneurial spirit, dedication to providing service and belief that the company’s most valuable assets are its relationships will fuel Western Surety’s growth for next century.

Regardless of what changes, it is always about the people.